At 8:00 am the 2nd Grade Students presented their scientific knowledge about the pumpkin life cycle. 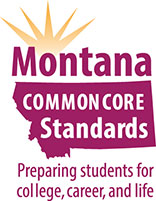